Life of Adam after paradise

A couple of years ago I participated a research project on Adam traditions in different religions from fresh points of view. For my own paper, I proceeded from a story in the Hebrew “Book of Raziel”, which tells how Adam is confused, full of grief and anxiety, when he is thrown out of paradise. He realized that he does not understand anything about this strange world, repents, and prays for mercy. Finally, as a response to his prayer, an angel appears and brings Adam a book. With the help of the book Adam starts to cope with life in this world.

I delved further into the history of this story, as well as parallel traditions concerning a book of Adam and an angel as Adam’s teacher. I followed these traditions from the Sefer Raziel printed in 1703, backwards through the middle ages in Hebrew and Latin texts, even some in Arabic, until after a millennium the trail grew faint.

I will not enter into details here. The scholarly paper I wrote will sooner or later be published in an article volume with many other papers on Adam traditions. And maybe I should also write a shorter, less technical paper for general public.

But these legends and traditions continued to intrigue and fascinate me. Expulsion from paradise is probably one of the most shattering experiences a human being can encounter, a kind of archetype for expulsion and exile. In the traditions I researched, one of the  central ideas was that lack of knowledge is an essential component in this experience. One does not understand anything in the new surroundings, not know what will happen, not know what to do. Likewise, in these traditions, reception of knowledge is offered as the deliverance, as the way to survive.

I started making pictures based on the story and it turned into a series of six prints. In the following video, I added narration, like a poem, as if Adam speaking, to allow the viewer to follow the story. 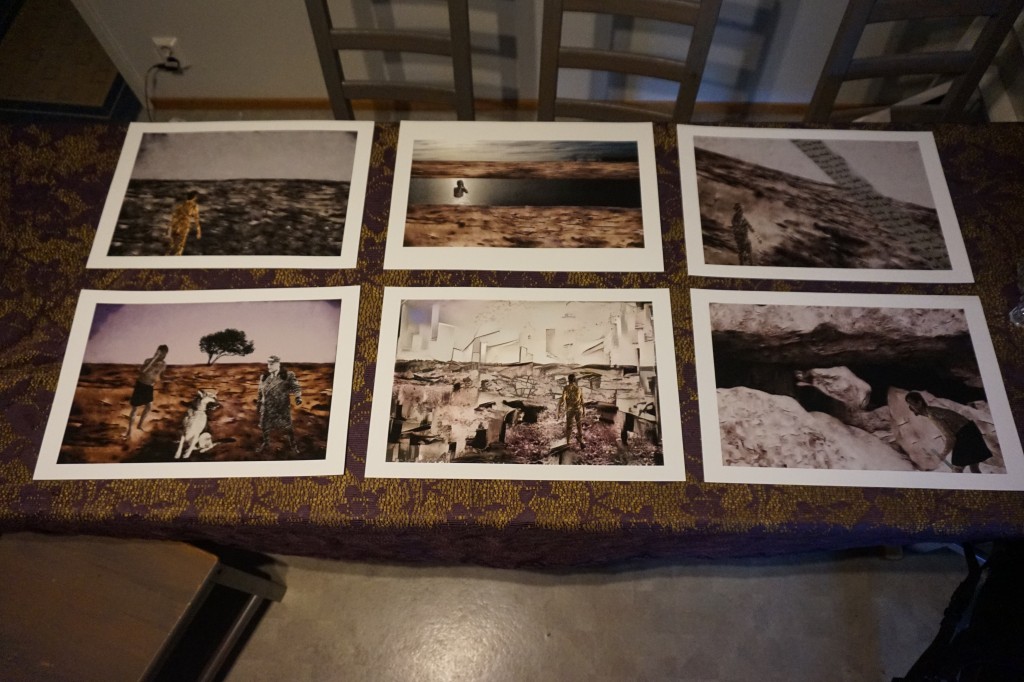 Of course, while working on these pictures, I had realized that they are not merely about Adam, but about human experience in general, and that this story also has an interpretation which is very relevant at the present moment. When I worked with the poetic text, and even still when I read it aloud, this urgent aspect became even more pressing, and I had to be very careful in choosing the words so that they would work in both the original and in the contemporary context.

The pictures have been created using materials such as photos and drawings, further processed with neural networks using tools like neural-style and neural-doodle/forward, and finally composed into a picture using Affinity Photo and printed with an inkjet on watercolor paper.