In May 2000 I participated, as an outsider to the field, a conference in Jewish Studies, with a presentation called “Slimy stones and philosophy”. It looks like the title drew quite an audience and the room was fully packed with people. This started my decade and a half as a student and researcher in Jewish Studies.

But slimy stones? Philosophy? The story is linked to how the Jews have, during centuries, sought to interpret and apply the biblical texts. Whereas we read from a ready-made translation something like “the earth was empty and void”, the original text is much more open to interpretation. Instead of empty and void, we have tohu and bohu, words whose meaning is not at all evident. What do they mean, actually? Furthermore, is it a statement about the world before or after creation? In my presentation, I traced a particular chain of interpretations across centuries, including how their path crossed the borders between myth and the scientific world-view of the their time. Towards the end of the year 2000, I wrote an extended paper on this topic, which can be obtained from here.

Recently I discovered a Brasilian Ph.D thesis in visual arts citing my paper. The author had discovered in it an almost 2000 year old rabbinic mythical dictum according to which tohu is the green line encircling the entire world out of which darkness emanated, and found the dictum fascinating in its visuality. From this citation, the thesis moves on to Kazimir Malevich in his attempt to represent what lies beyond objects and appearances (if I understand the text correctly, I don’t really understand Portuguese).

This connection is also makes sense to me personally. Fifteen years ago I was fascinated by tohu and bohu, whether they are an emptiness behind existence or elements (arche) out of which this existence is composed. Then, two and half years ago I visited a small exhibition in Tallinn, Estonia, focusing on the repercussions of Malevich’ Black Square in Estonian art. It may be that many of the works on display were more interesting as being from the Soviet era, but the exhibition itself had a strong effect on me. It also somehow started a completely new process within me. The next day I found in my phone a picture that I had not knowing taken. Almost a black square with a slightly lighter shape faintly visible. Perception happens between the extremes, I found myself thinking. 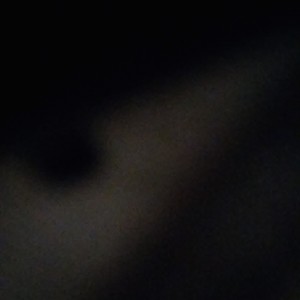 The Black Square started a process withing me, I experimented with the idea until I finally left it behind: how long can one try to catch or grasp it?

Now, then, the Brasilian Ph.D. thesis made a connection between the tohu I was occupied with long ago, and the Black Square that made me embark on a new road toward the unkown. Now I understood, that if the description of the tohu is indeed so visual, then I can myself at least try to turn this description into a visual representation on paper, and who knows, maybe even to refer somehow to Malevich’ Square, at least in some way.

But not paint a black square, no. I painted chaos, leaving a white square in the middle. Some of the paint flowed inside the square and formed as if a human shape there. I decided to stop there, leave this image as it was. It reminds me of the 16th century Jewish mystic Isaac Luria and his myth about how God in creating the world had to withdraw himself and leave an empty space inside which the world as an independent entity then could come about. Yet, the empty space of the Lurianic myth is spherical, as the circle is regarded the most perfect shape, with every point at equal distance from the center. 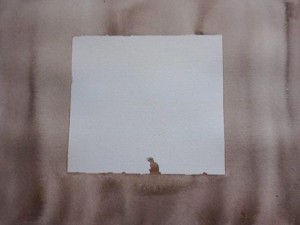 Thus, I had painted a square empty space, incomplete and unequal empty world right after its creation. Unlike Malevich, who has everything inside the square, my square was empty, everything was outside it. Or perhaps not quite like this. Outside, everything exists already, in actuality. Inside, there is room for everything to come into being, exactly because there is nothing yet. A space of pure potentiality.

The green line was still missing. Would I be able to depict it visually? I tried, made a sketch at least, parts of it came about as if of their own will, and maybe therefore more meaningful than if I had followed my own plan. 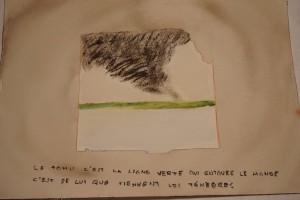 But then, those slimy stones, how are they connected to all this. The stones, they are bohu: slimy stones hidden in the depths, out of which waters streams out. Thus, we have tohu around the world, emanating darkness, and bohu in the depths oozing water.

And the philosophy? A Jewish thinker and scientist proposed in the 12th century, that tohu and bohu are in fact the matter and form of Aristotelian physics, the fundamental, most basic components of material world. Such matter is utterly formless, dimensionless and lacking all qualities. It can only receive forms, which give it dimensions, qualities and shape to become perceptible matter and objects.

It also occurred to me, that green line is also the Green Line, the armistice line which became the de facto border between Israel and Jordan 70 years ago, and which is being erased, disappearing into darkness, with Israel building settlements and the wall.

“Tohu is the green line encircling the entire world, out of which darkness emanates.” 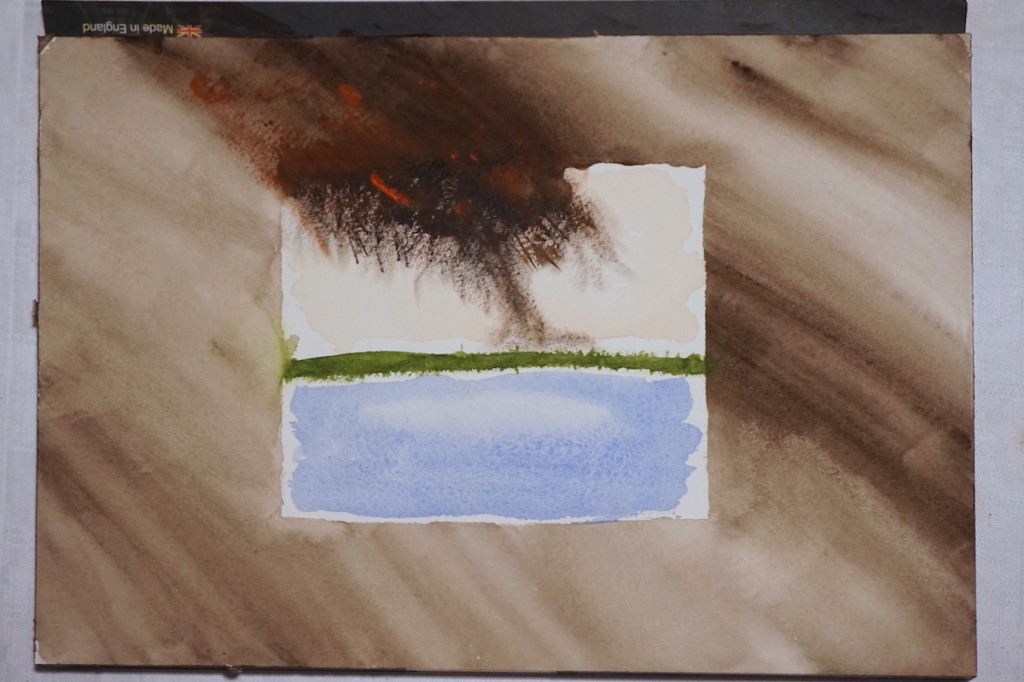