Home art My portrait in the making

My portrait in the making

After covering the basics of using neural-style, I ventured into making my own portrait, based on a photo taken when I was defending my PhD thesis. 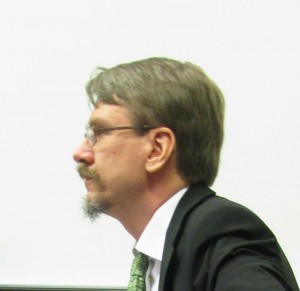 But to start with, the style was taken not from any painting but from some text in Yiddish. 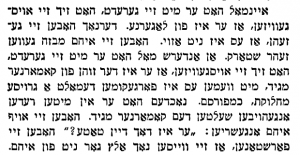 The immediate result, after 100 iterations (which usually can be interesting but does not yet produce quality images) looked like this. 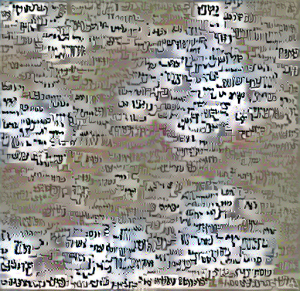 This experiment did not seem to be converging into something resembling a portrait, so I quit after 800 iterations. Now, neural-style by default starts from a picture of random noise, so that the new picture is really created from scratch. But you can also make it start from the target picture instead, so I tried it, and got this after already 100 iterations. 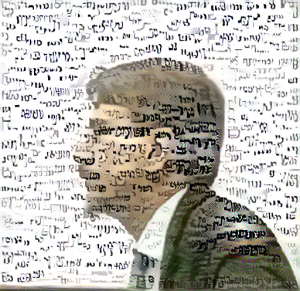 Letting it run further made the portrait lose all color, presumable because the style image was in black and white. So I then added another style image, just to give some color input to the process. At the same time, I change the style scale to 0.5, so that the quasi-letter images would become smaller. So I got this after 800 iterations. Letting it run further removed the “beard” made of letters, so I decided to stop the process here. 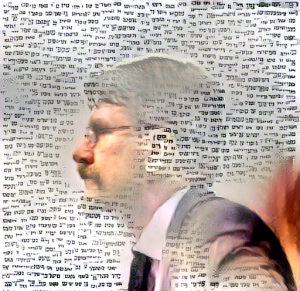 I did not particularly like the results, though, and exchanged to second style image (the color model) to another image showing some portrait done with a palette knife. This image comes from the 2000th iteration. 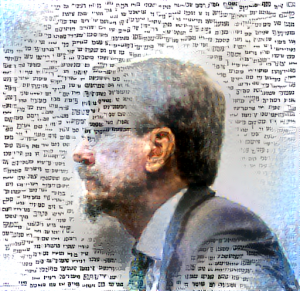 In all these examples, it is also interesting to look at what happens to the Yiddish letters from the first style image. The result image is filled with shapes somehow resembling those letters, while the shapes are never actual, recognizable letters.