Recently, I have been particularly interested in using computer software to achieve artistic goals. First I used Processing to write short programs which manipulated still images and webcam views, often in an interactive manner. I will return to those experiments in further posts.

When I went looking for more ideas how to process images  in specific ways I had in mind, I stumbled upon a very recent solution using neural networks to apply style of one image to the content of another, resulting in a completely new image. These results appear to be often artistically interesting, sometimes in quite surprising ways.

This method is quite new and recently published in a scientific paper A Neural Algorithm of Artistic Style by Leon A. Gatys, Alexander S. Ecker, and Matthias Bethge. There are already several open source implementations of this method, of which I have used neural-style by jcjohnson. Both the original scientific paper and the README file by jcjohnson contain several examples of applying the style of famous paintings to photographs.

My first experiment was to use paintings of six nordic painters of early 20th century as style models, taking a photograph of a view from Sarvikallio, Tuusula, Finland, as the content model. This view itself has inspired several artists in the early 20th century, and therefore the experiment kind of tries to simulate how these six painters might have painted exactly the same view. Now, the results are shown in this video.

My second experiment was to use a painting by Matisse as a style to create a new portrait from this photograph. 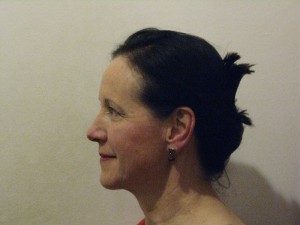 What I found out is that not only is the final result interesting, but also the process how the neural network gradually approaches what it thinks to be better, may be artistically interesting. For instance, like this.